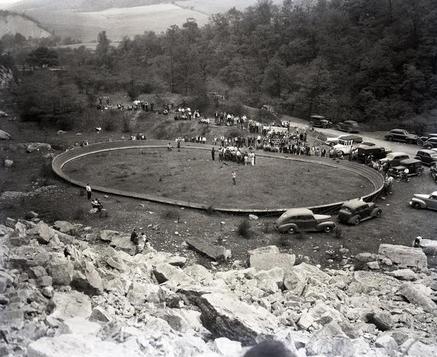 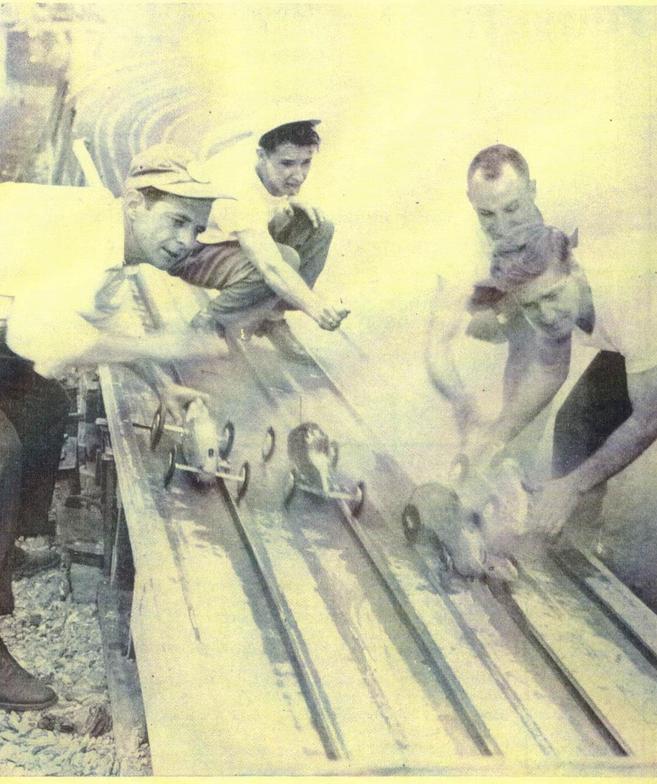 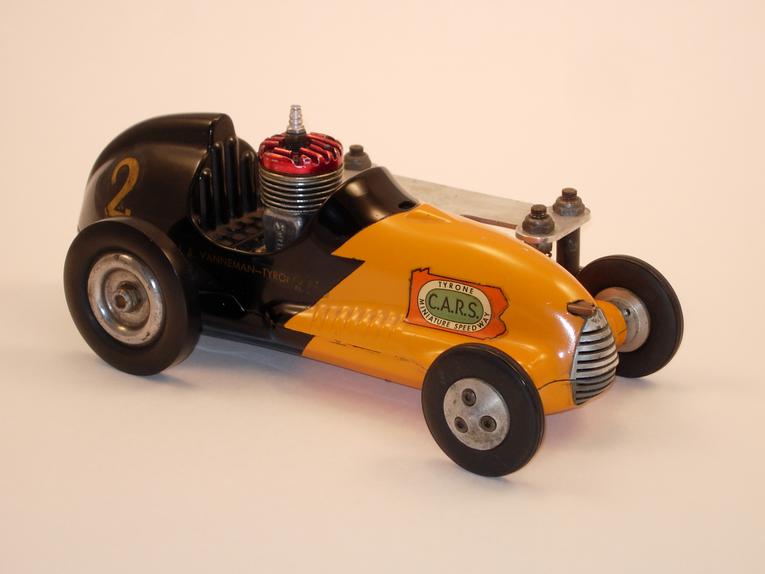 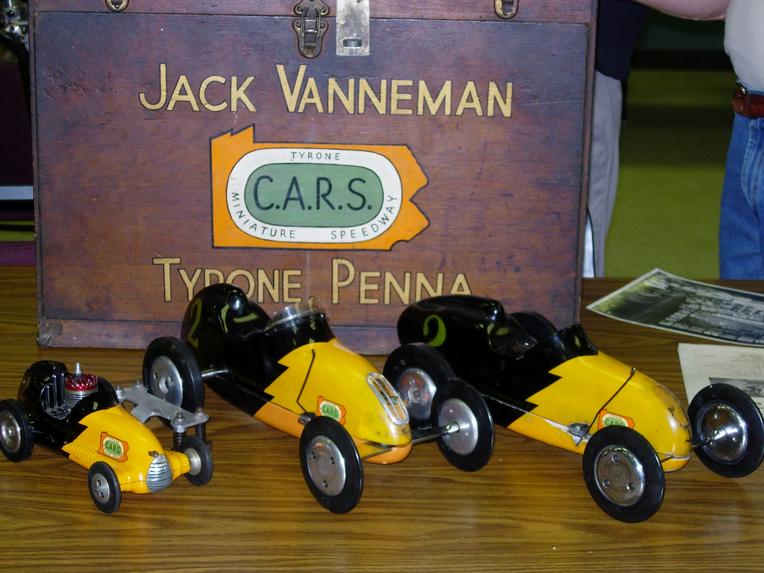 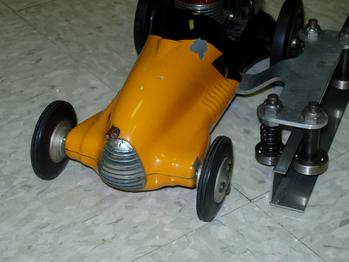 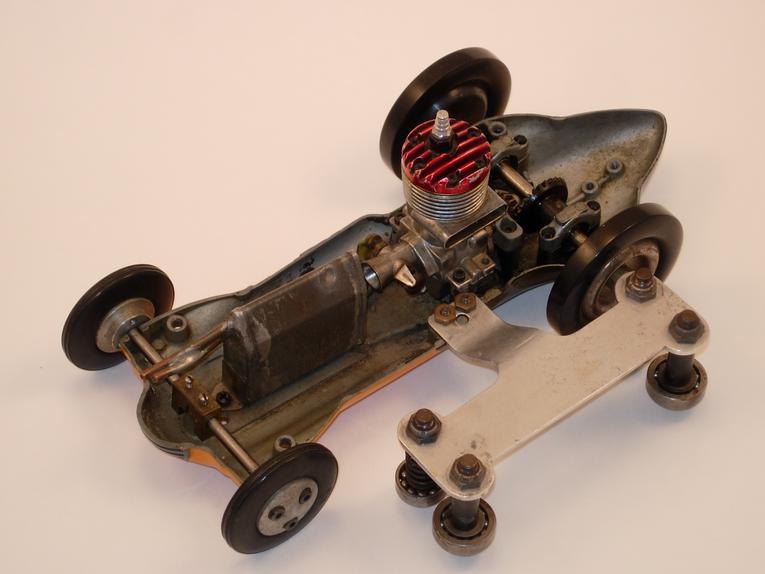 Section of rail from the Tyrone track shown with the car's rail guides positioned on the rail.
Custom ball-bearing front wheels, custom front axle, after-market fuel tank, and bolt-on rail adapter on Vanneman's Real McCoy which was modified for use on the Tyrone rail track. 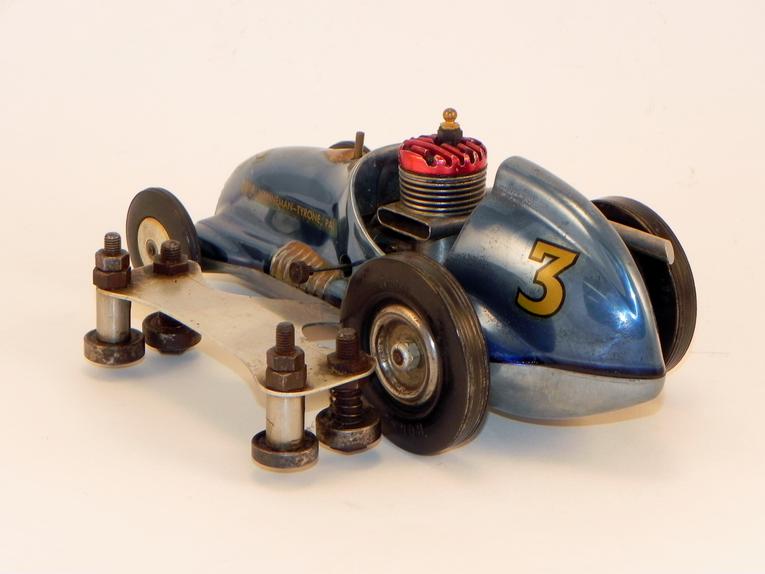 Vanneman-modified Real McCoy with rail guides which was built for a newcomer to the hobby and raced on Thursday nights at the Tyrone rail track. 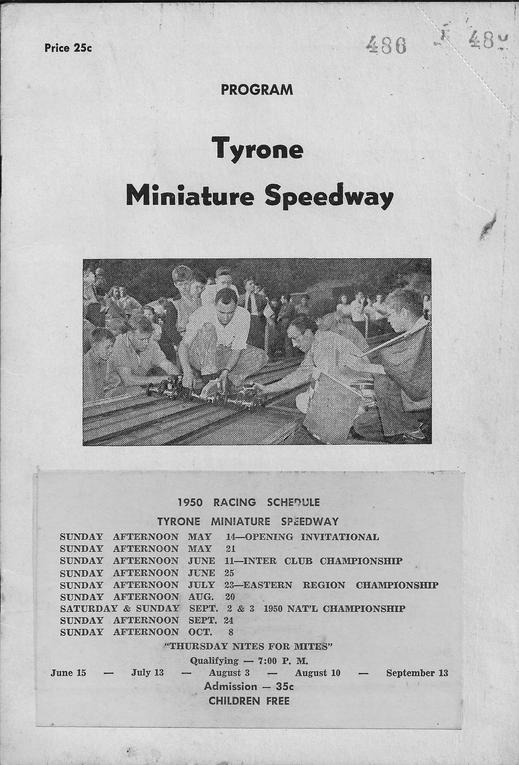