Pegasus
Home-built from plans published in Model Craftsman magazine
Concerned that the high cost of purchasing a ready to run gas powered miniature race car might be keeping potential hobbyists (and potential subscribers to his magazine) from joining the hobby, the publisher of Model Craftsman magazine, Charles Penn, published a two-part article authored by Larry Eisinger which took the reader through the construction of a mite car called the Pegasus.  Published in the April and May 1940 issues of Model Craftsman, the articles included detailed drawings, a bill of materials, and step by step instructions for building the car.
The Pegasus was designed for rear wheel drive and an AMRCA Class A engine of .36 cubic inches or less.  The materials required were inexpensive and easy to obtain.  The total estimated cost of the car, including the engine, was less than fifteen dollars.
This particular example of a Pegasus is powered by a .29 cubic inch 1940 Brownie Model E spark ignition engine.  The frame is made of brass and the wheels and tires are from a British Meccano construction kit, which was akin to the Erector Sets produced by the AC Gilbert Co. in the US.
A completed Pegasus car is quite rare and it is doubtful that many were ever built.  Nonetheless, Penn published another 2-part article in the October and November 1940 issues of Model Craftsman magazine which detailed the construction of another inexpensive home-built car, the Pegasus II, a front wheel drive version of the original Pegasus. 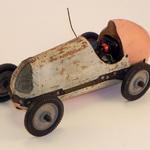 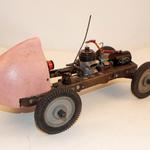 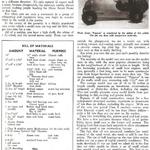 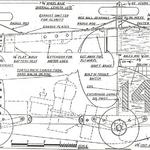 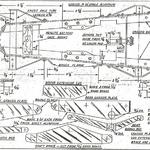 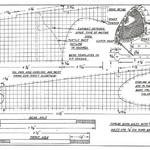